Will the Increase in Remote Working Impact Commercial Construction?

Those who could work from home were strongly advised to do so. Those who could not either had to carry on but with extra protection, like hospital, shop and delivery workers, or simply hit the pause button on work altogether.

While some commentators would have us believe that the shift to home working was a bolt from the blue, the reality is much more nuanced. For at least a decade, businesses have been experimenting with flexible working driven by digital technology and reliable connectivity. It has manifested itself in a range of options.

Some businesses have been granting staff members a few days a month where they could take optional work-from-home days. Others have ditched the office altogether, perhaps holding a virtual office and hiring out meeting rooms or conducting their face to face work in cafes when necessary. The technology has been in place for long enough, so why not?

The trend towards flexibility was certainly given an injection of urgency by Covid, but the process was already happening. That said, companies that might have been toying with the idea were given the hurry-up; those with no intention of going down the flexible route were given no choice.

There are also the Flexible Working Regulations that came into law in 2014 in England, Scotland and Wales. Under the regulations, any employee could request flexible working for any reason, be that looking after a sick relative, wishing to improve their work/life balance or cutting the commute. Companies have had to consider all requests and need reasonable grounds to turn them down.

All the research points to the fact that employees do like flexible working, and employers benefit from more satisfied staff – a true win/win. Ultimately, if companies want the best talent, and some of that talent wants to work remotely, they have to make a choice between second-best candidates and offering flexibility.

At first glance, the most logical conclusion to draw from moving business from office to home would seem to be that there will be a decrease in new commercial builds. It might not be as simple as that, however, and even with widespread flexible working, there are still opportunities to be had.

First, remote working isn’t always full time. The most prevalent flexible model is where the business has a permanent, staffed address and employees work some of their time in the office, and other time at home. That means there still needs to be a commercial space, most likely in a town, city or business park. That space will still need repair and maintenance, and there will still be a demand for new locations.

Second, remote working doesn’t always mean working from home. Shared offices and workspace memberships are incredibly popular. For a lot of people, a dislike of the office is down to the rigidity and routine, or perhaps the commute – not necessarily a thinly veiled misanthropy. Coworking spaces, where people drop in and set up their laptop while taking advantage of the building’s Wi-Fi, printers, coffee machines and other amenities, are popping up everywhere.

In some locations around the world, such as Bali, Lisbon, Tallinn, Medellin and others, so-called “digital nomads” are driving a boom in remote workspaces. People are voting with their air miles, living in cheaper cities with better weather and putting a hard day’s work in before hitting the beaches or bars.

Of course, not everyone wants to spread their wings that widely. Families, friendship, language barriers and a sense of home all combine to curb some people’s wanderlust. The need for workspaces could lead to booms in Edinburgh, Cardiff and Birmingham, and there’s no reason why mini-Silicon Valleys won’t emerge in the Welsh valleys or indeed the North Sea Coast.

Workspaces will also be under pressure to compete for customers, and that will often mean construction or renovation to meet a demanding clientele’s expectations. Large workspace developments need to be up to date not only with technology and connectivity, but also with the fashions and tastes of the time. Office space can quickly look outdated, but when tenants can pick and choose their workspace on a daily basis, this becomes a critical factor.

A new breed of developments is emerging that again offers great opportunities for construction firms. An example is the Sharp Project in Manchester, a £6.8m development that took over a disused warehouse once owned by Sharp electronics. It’s now a blend of permanent office space, start-up incubators housed in converted shipping containers, a recording studio, sound stages, and a campus, where members can turn up and work whenever they want to take advantage of the facilities and the connections.

It has proved so successful that it was expanded into a second location called Space Studios. This blend of permanent, startup and coworking spaces means there’s a place for SMEs and freelancers, and it also hosts events in its large open areas. If this is the future of the workplace, the construction industry should be delighted.

While city centres and commuter trains lay deserted during the pandemic, the population was working where it awoke – largely in the city suburbs and satellite towns that surround the central business districts. Local cafes, shops and restaurants that were once relatively sleepy during the weekdays experienced a new captive audience, and many of them have thrived, either through switching to local deliveries or opening their doors when they were allowed to.

The trajectory of remote working will probably speed up from pre-pandemic rates now that businesses have got used to the concept. This creates real prospects for developers looking to create workspaces outside of the city centres. Those commuter towns could well become mini-hubs for their surrounding populace, creating thriving town centres while cities remain places of entertainment, shopping and a rump of city businesses that still benefit from those central, well-connected locations.

There will be a demand for workspaces too, as not everyone wants to literally work from home, and some don’t have the facilities or (as many will now appreciate) the requisite silence.

As we’ve seen, the switch to remote working doesn’t necessarily spell the end for commercial construction. It could even be a shot in the arm, as local authorities and private ventures start investing in genuine business spaces for a new flexible workforce. As you’d expect, we’re monitoring the situation with a keen eye, so why not partner with us to stay up to date on new opportunities in this fast-changing sector? 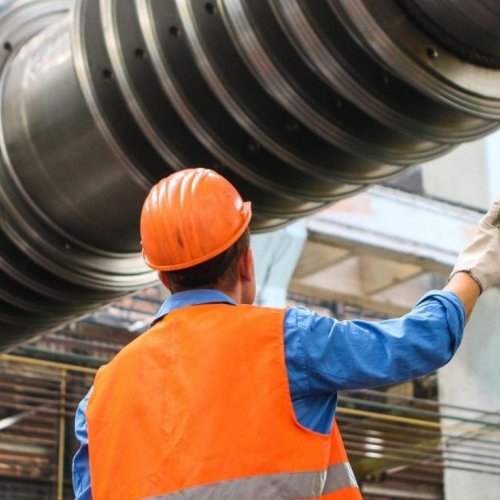 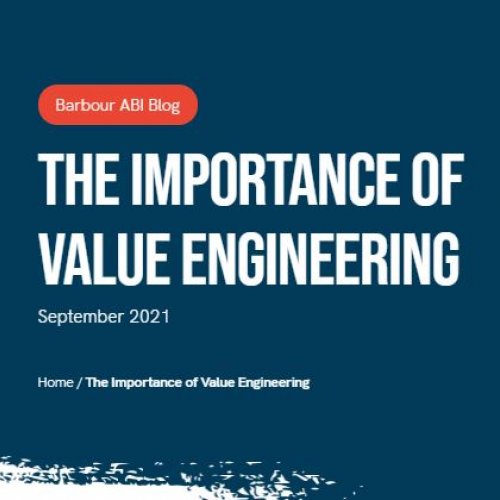 The Importance of Value Engineering
Value Engineering, or as Dame Judith Hackitt described it, “The race to the bottom” has long been a part of the construction industry.
Read more